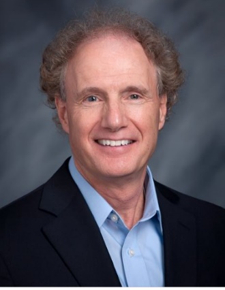 Heacock joined Black Hills Federal Credit Union (BHFCU) in 1978 and was promoted to President in 1983. Under his leadership, the credit union grew from $20 million in assets to over $1.4 billion as of year-end 2019. During that time, the credit union’s membership jumped from 11,000 to more than 74,000 members.

“We have an amazing and dedicated team of employees and volunteers who have a passion for service and believe strongly in the credit union’s mission, We Improve Lives. It’s what we do here,” said Heacock. “Our mission defines who we are, directs our daily decisions, and provides our employees with permission to go the extra mile.” An example of that initiative dates back to 2012 when the Board, at the recommendation of Heacock and his team, made the bold decision to merge with a failing credit union serving the Cheyenne River Sioux Tribe Reservation. Located in central South Dakota and spanning two counties, one of which was ranked the poorest county in the nation at the time, he felt strongly about the need to serve those residents. “It was the right thing to do,” said Heacock. “We’re here to provide financial services and improve lives.” BHFCU continues to successfully serve our members in these counties.

Heacock has been known to take bold steps. Anticipating the ramifications associated with several lawsuits brought by the banking industry in the late 1990’s, Heacock led the charge to convert Black Hills FCU to a Community Charter and protect the credit union’s potential for growth. The credit union has continued to expand, now serving a rural district field of membership consisting of 20 counties within the state, many of which were underserved.

“I’ve been fortunate to lead and learn from an incredible group of employees and volunteers. We’ve worked together to grow our credit union into the world-class financial institution it is today. Our accomplishments speak for themselves; however, the satisfaction that comes from helping members and our communities has been rewarding beyond my expectations. I have every confidence Black Hills Federal Credit Union will continue to thrive,” said Heacock.

“The Board would like to take this opportunity to sincerely thank Roger for his 42 years of service to Black Hills Federal Credit Union. Roger’s leadership, knowledge, and commitment to improving the lives of our members has helped make Black Hills Federal Credit Union one of the leading credit unions in the nation,” said Jason Green, Chair of the Board of Directors. “We are thankful Roger will continue to lead the credit union while we engage in a search for his successor.”

About D. Hilton Associates
D. Hilton Associates, Inc. is one of the most recognized credit union consulting firms in the country. Our major practice areas are Executive Recruiting, Compensation Services, Retention & Retirement, Strategic Services, and Board Leadership. To date, D. Hilton has conducted over 3,000 successful searches for credit unions nationwide and has been employed by 95% of the largest credit unions in the country to fill senior executive management positions. For more information, please visit our website at www.dhilton.com