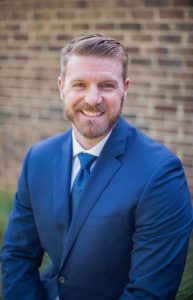 “The President/CEO role at Air Force Federal Credit Union is a great opportunity and I am looking forward to joining the organization. The credit union has an excellent history of serving the military in the greater San Antonio area and worldwide. I am excited to continue that legacy,” said Ross.

About Air Force Federal Credit Union
Air Force Federal Credit Union, formerly known as Lackland Federal Credit Union, was founded in 1952 by ten servicemen, who donated $5 each. One year later, they were operating a financial co-operative from a one-room office on Lackland Air Force Base. In 2002, Lackland FCU changed its name to AFFCU. Today, AFFCU serves more than 50,000 members with assets over $525 million. AFFCU offers a complete line of financial services such as consumer and real estate loans, personal lines of credit, credit cards, checking and savings accounts, and a full suite of online and mobile banking services. AFFCU is dedicated to providing its members quality financial services with a competitive edge, while ensuring the safety and stability of financial assets. To learn more about AFFCU, visit https://goaffcu.com/about/about-affcu/why-join/#panel-2.