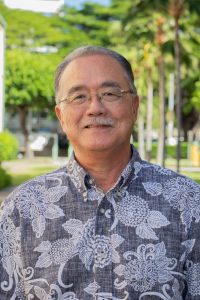 “The Board would like to sincerely thank Karl for his significant contributions to HawaiiUSA Federal Credit Union over the past 32 years. Karl dedicated much of his professional career to leading the credit union to its current success and growth and we are immensely grateful. As a credit union we have achieved significant milestones, including holding the position of largest credit union in Hawaii,” said Harlan Kimura, Chairperson of the Board of Directors. “We wish Karl all the best in his well-deserved retirement.”

Yoneshige is retiring after more than 40 years in the financial services industry. He spent the first ten years of his career at First Interstate Bank of Hawaii, which later merged with First Hawaiian Bank. Yoneshige joined HawaiiUSA FCU in 1988 as Loan Administrator, before being promoted to Executive Vice President in 1990, and finally moving into the CEO role in 2001. During his tenure as President/CEO, HawaiiUSA FCU went from $400 million in assets with 69,000 members to almost $2 billion in assets and over 130,000 members.

“I have had an immensely fulfilling career at HawaiiUSA FCU and am proud of the many accomplishments we have achieved at the credit union over the last 30 years. It has been a privilege to lead this credit union and serve the community, ensuring that we provide our members with affordable products and help them towards their financial goals. Working with the Board of Directors and the wonderful employees of the credit union is an experience I value greatly and will miss everyone upon my retirement,” said Karl.

About HawaiiUSA Federal Credit Union
HawaiiUSA Federal Credit Union first opened on November 6, 1936 as Oahu Teachers No. 3 Federal Credit Union, a not-for-profit federally insured financial cooperative owned and operated by its members, servicing elementary school teachers in the Honolulu District and all teachers from every grade level in rural Oahu. The credit union has since grown into the largest credit union in Hawaii with an asset size of more than $1.9 billion, and membership of more than 130,000 members served through 15 locations on the islands of O`ahu, Maui, the Big Island, and Kaua`i. To learn more, please visit https://www.hawaiiusafcu.com/

About D. Hilton Associates
D. Hilton Associates, Inc. is one of the most recognized credit union consulting firms in the country and was named a Top 100 Executive Recruiting firm by Forbes magazine in 2020. Our major practice areas are Executive Recruiting, Compensation Services, Retention & Retirement, Strategic Services, and Board Leadership. To date, D. Hilton has conducted over 3,000 successful searches for credit unions nationwide and has been employed by 95% of the largest credit unions in the country to fill senior executive management positions. For more information, please visit our website at www.dhilton.com